The CUPAGIS project is interested in the modernisation of higher education in precision agriculture using new technologies: GIS, big data and remote sensing in targeted universities through innovative curricula,in bachelor’s and master’s degrees, in line with new developments in the field, market demands and in accordance with the Bologna process. The project offers some new educational curricula at EU university level and will change the current state due to rapidly changing labor market needs.

The constraints to develop the proposal of the CUPAGIS project are the major need and interest of the field of agriculture, because the population of the planet is growing rapidly (every day it increases by 240,000 people).

By 2025, the number of people on the planet will reach 8 billion, that is, over the next 8 to 10 years, we will need to increase agricultural capacities as well as productivity by reducing the negative impact on the environment. By 2050, food production must increase by at least 70%. We must therefore expand the capacities of farmers using an innovative approach to establish a more sustainable food production system.

Only one alternative to these vital needs is: precision agriculture, which focuses mainly on environmental factors (soils, plants, weather, etc.). The latter now use intelligent technology based on the use of data from global navigation satellite systems (GNSS for Global Navigation Satellite Systems), remote sensing (RS for Remote Sensing), intelligent sensors and a wide range of applications. , using the latest achievements in space and information technology as well as GIS (for Geographic Information System or GIS in English).

The agricultural sector represents about 10% of Algeria’s GDP (2014) and employs at least 14% of its population, i.e. 8.4 million hectares of arable land representing about 3.5% of its total area. Algerian agriculture is mainly rain-fed and often suffers from drought for several years in a row. Only 12% of this arable land is irrigated. Algeria is highly dependent on imports: approximately $9.33 billion (2016) in agricultural and food commodities each year and is one of the largest importers of wheat ($2.39 billion) and dairy products ($1.16 billion) dollars). The relative improvement in its agricultural development is mainly the Agriculture Development Plan implemented in the year 2000 by the Ministry of Agriculture. The aim is to stimulate the development and production of agriculture, and to orient it towards intensive models and create modern agricultural complexes that facilitate the use and exploitation of public agricultural land.

The Ministry of Agriculture has granted land to investors. The cultivation of these lands would increase the arable land to 9 million hectares by 2020. The integration of specific agricultural technologies would, in turn, facilitate the development process of the sector. With this project, we seek to modernise higher education programmes in the agro-food field in Algeria, based on the results obtained by the European Union (EU), in order to increase the professional opportunities of graduates and the collaboration between the EU and Algeria.

The motivation of the P7 (University of Oran1 Ahmed Ben Bella) and P8 (Ibn-KhaldounUniversity of Tiaret) is to establish new collaborations with institutions of the EU countries involved in the project in order to strengthen staff exchanges with the ultimate goal of improvingexisting programmes and introducing new ones. This willcontributepositively to the quality of the teaching of our future graduates. More specifically, P9 (Abdelhamid Ibn BadisUniversity – Mostaganem) whichpromotesinterdisciplinarystudies and partnershipwithcompanies: aspects thatwouldallowto updatedthe programmes. Currently, precise agriculture is not yetknown in Algeria. However, emergingskills in geomatics for agriculture are developingwithin the agriculture department of P7, whichwouldbe a great addition to precision agriculture.

In environmental science departments, there is some experience in the physical and chemical analysis of soil. In addition, research groups work in the areas of digital signal and image processing, image analysis and remote sensing. P8 works on optimisation and data mining, which are certainly key areas to contribute to precision agriculture.

In a more detail, the data available in Agriculture can be analysed in order to specify the agricultural processes. The precision agriculture project is a good opportunity for P6 (Djillali Liabes University – Sidi Bel Abbès) to modernise the region’s agricultural sector using modern technologies and satellite images, to develop new curricula for master and doctoral and to initiate joint research projects in the future.

The strategic development plans of the EU and Algeria aim to promote digital and smart technologies in agriculture through National Spatial Data Infrastructures (NSDI), however the lack of experts having the skills to understand, convert and interpret the accumulated data into a form applicable to that purpose is felt. The target universities are also very interested in cooperating with companies involved in this issue/theme in order to broaden the curricula taking into account the specificities of agriculture in Algeria.

The CUPAGIS project defines the specific objectives as follows: 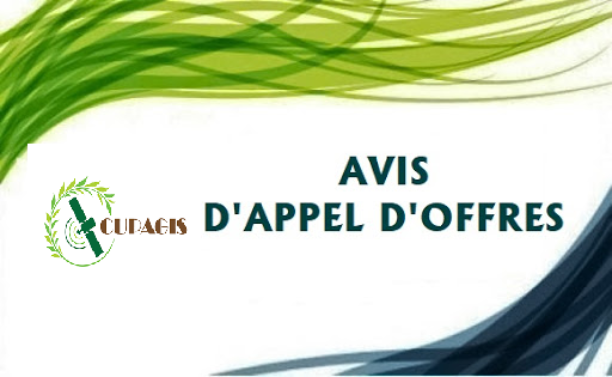 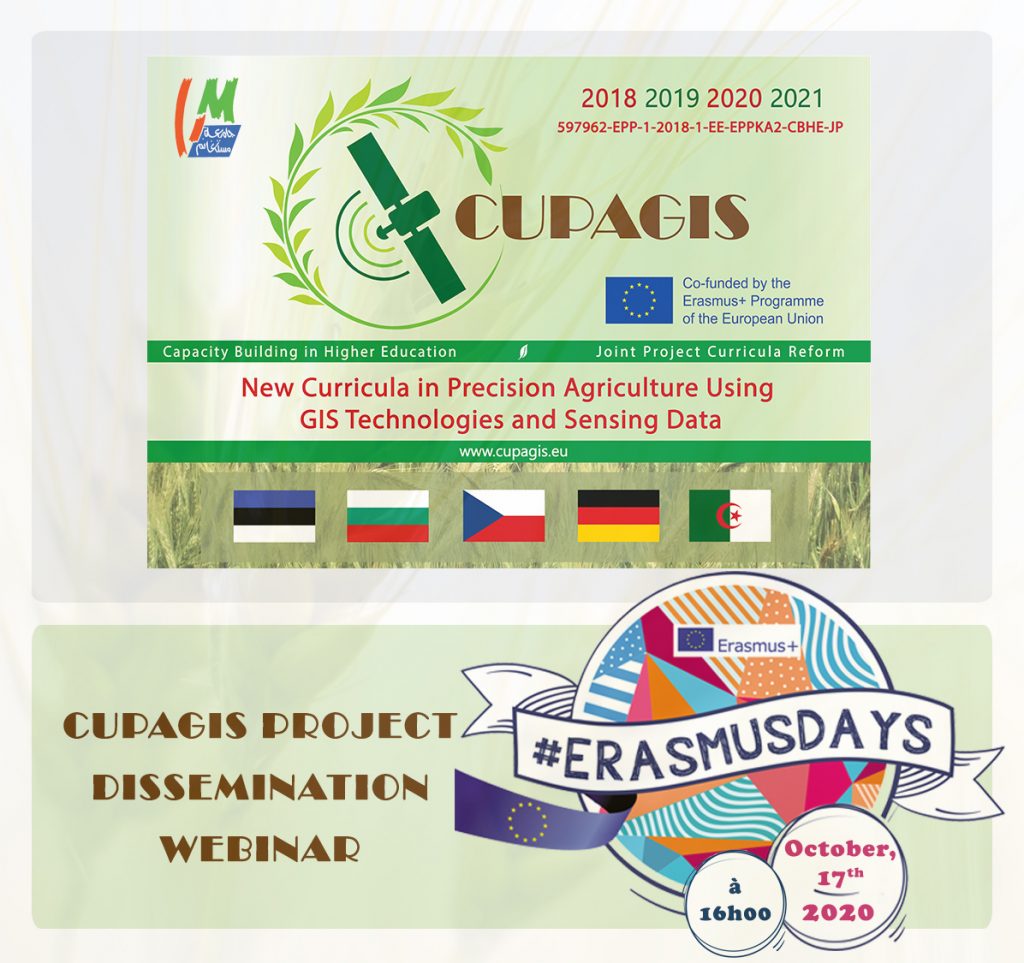 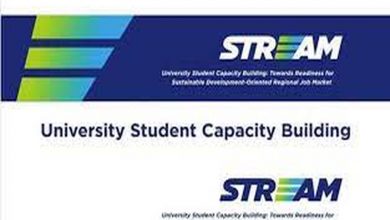 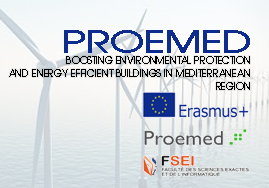